Preacher is a sable brindle and white male that hails from Nunley Ranch Bulldogges. He is an absolute pleasure to have around. We enjoy this boy's goofy, happy nature just as much as we enjoy his solid build. Preacher is a heavy boned, wide, athletic bulldogge with exceptional ease of movement and superior muscle tone. He has earned his AKC STAR Puppy title and his Canine Good Citizen title. Preacher earned his Grand Champion title with the National Bulldogge Association just shy of his second birthday! He was also one of the very first bulldogges to compete in Rally Obedience with the NBA and he earned his Rally O Novice title his first time out! Preacher can often be found helping us raise pups, as his favorite thing in the world is spending time with the babies. He is a proven stud, natural breeder and an all around great bulldogge! Preacher has been tested by Embark DNA testing and is free of any genetic or inheritable disease. 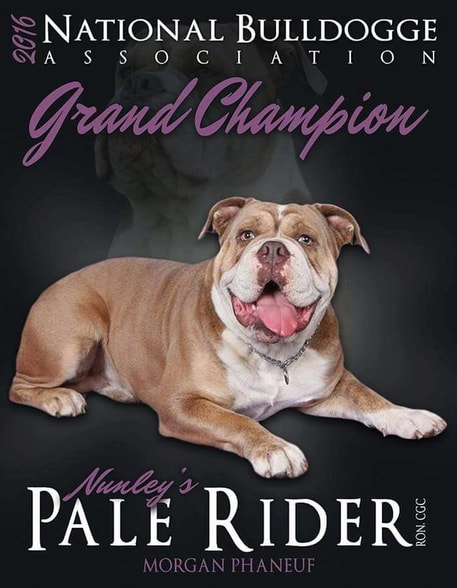 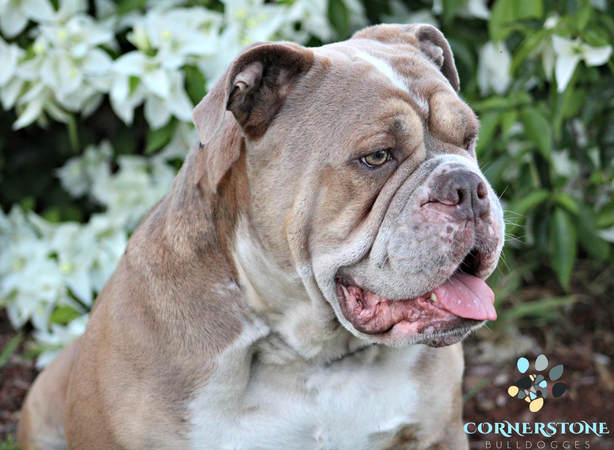 Gibbs is a blue and white brindle who was born right here at Cornerstone from our NBA GH Nunley's Pale Rider, RON, CGC x NBA CH Nunley's Shotgun Minnie litter. He is 18 inches tall and 85 pounds. He is a very athletic, capable male with great movement. Gibbs has the same fun loving personality of his sire and the smart, quick to learn mentality of his dam. Gibbs is a proven natural breeder and has already added some beautiful pups to the Cornerstone Crew! 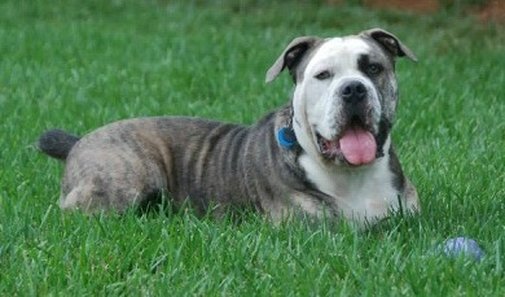 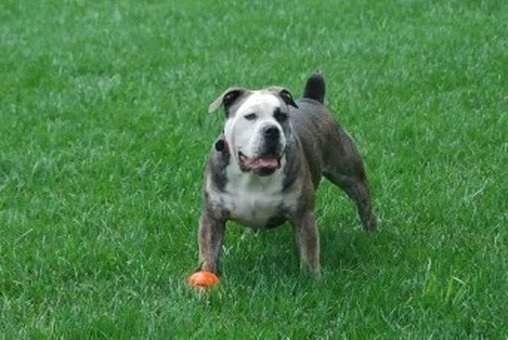 Crash is a red and white ticked male that comes to us from Alabama's Leadfoot Bulldogges. We have long admired his handsome sire, NBA GCH Lumpkin's Lightning Tempest (aka Zeus) and we feel fortunate to be able to add Crash to the pack. He is already a heavy boned bulldogge and we are excited to watch him grow! He has a laid back temperament and loves nothing more than to be tagging along with us on whatever we are doing! Crash is truly the most gentle natured male we have ever had the pleasure of owning. He is the ultimate "peacemaker," sharing all toys, food, treats and tummy rubs with whomever happens to be around! 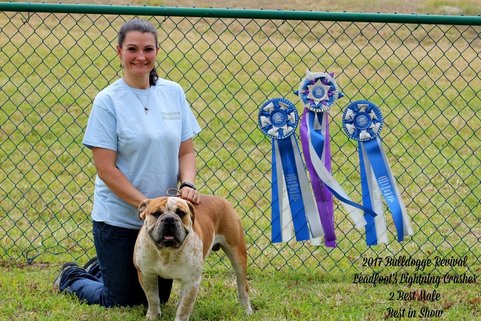